When you’re in the Upside-Down, people in the real world hear you scream. Fans of Stranger Things know whereof I speak. I found this out last night, when I inadvertently found myself in the Upside-Down for real—momentarily—but long enough, thanks.

As someone who rarely remembers dreams and more rarely has nightmares, for me this was… novel. I felt creeping evil in the form of a dark figure enter the room, stalking me like an inky-black Nosferatu, then a blanket of grey mist swiftly coming down to cover me, bury me. I don’t think I’ve ever screamed so blood-curdlingly. 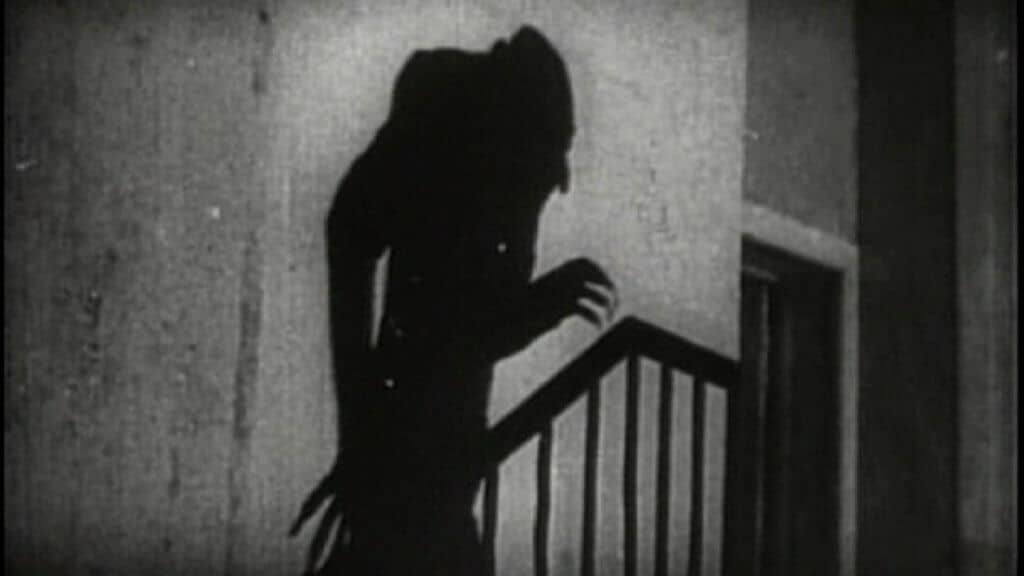 I’m no stranger to confrontations with demons and shadows. I’ve sent plenty of them on their way to a better world than enslavement to despair in this one. What happened last night doesn’t sound like much of a nightmare, to be honest, but it scared the bejeezus out of me, that’s for sure. My throat still hurts from the screams.

It was a night like any other. I had had a busy day, made and uploaded a new video (ironically, on the subject of dark shadows), prepped a newsletter, got myriad other things done on the League of Light plane of work, etc etc… On reflection, I felt pretty good about it, especially for a Sunday. Meditated, prayed, observed my inner state.

On settling down to find sleep, as often happens, a thought took form: Being in relationship with the divine is being in relationship with your origins. Ah, that was a nice one. Neatly encompasses the entirety of what had been on my mind of late, which was how to my work with the Pleiadians with the reality I recognize in Christ. Hey, I still have residue of programming and anomalous real-life experiences, like anyone else.

The Form of Fear

There’s only so long you can keep pushing things to the back of your mind. Before too long, thoughts find a way out. Thoughts, like any demon or lost soul, just want to be released from the prison of mind. Where does worry come from, if not from fear? And where then is fear’s home? If you follow the stories and teachings of the Pleiadians here, you’ll likely guess, “with Nemesis”. And you’d be right, accordingly. Nemesis gives form to fear and holds it up like a monstrous teddy bear in the middle of the night.

It seems to me this is what happened last night. All my latent concerns had to be shaken free of my frame. Because, face it, I have some work yet to do. We’re all in the business of evolving at an alarming pace these days. I’ve been given material from a new source to share, and apparently I can’t put that off any longer. So bear with me, folks, but here we go! If you’re ready, we have new territory to explore. (I’ll post an update below when that’s online.)

So, last night… after the screams died down and my hands stopped shaking, after my eyes returned to normal human size, after everyone returned to bed, I had to figure out what had just happened. My husband pointed to my pendulum, my tool of choice for centering for contact in situations where I’m feeling neither centered nor contactable.

What came through was as unexpected as the night terror had been… a total counterpoint. 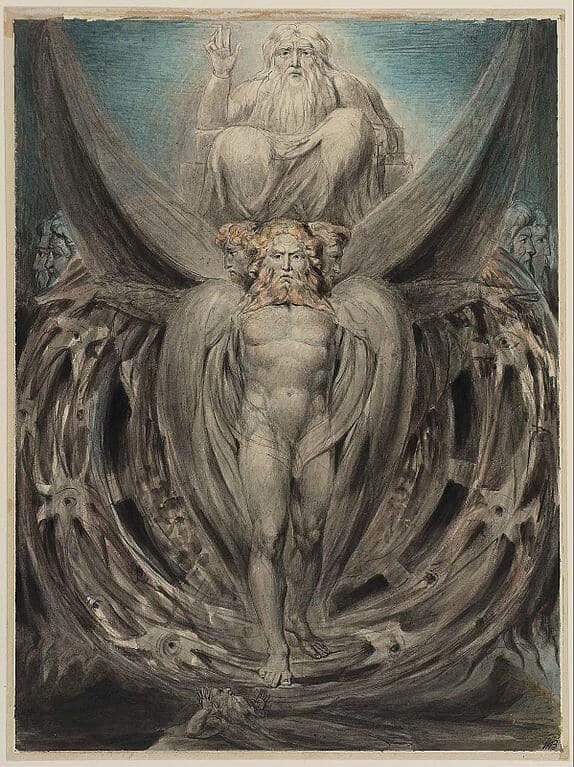 The first words that came through were these: “We are cherubim.” Then I felt a cascade of space and stars and feathers and peace pouring over me, down my back, calming and expanding my mind. Now my eyes were wide open, not with terror this time, but with awe. Another dimension of experience opened.

“We are of love and of Nine. You paid a visit to Nemesis.” Wait, it seemed to me that Nemesis had paid a visit, rather than the other way around. Soaking that in, I scanned the room and from the peaceful space now around me, told fear to beat it. I saw, in my mind’s eye, a slender, dark shadow figure pull open a slit in the wall, climb through, and it was gone.

Returning to the pendulum, I sat in angelic geometries of calm, and opened my heart to the place where the fears and concerns had been hiding. Such radical honesty is necessary for a heavy-duty, high-fidelity connection, for those of you who are keen on doing such things. The transmission continued:

Perfect love casts out all fear. This is what I confronted, or what confronted me, from the backwater depths of my mind. Nemesis shepherded this toward me, and the cherubim were quick to tell me why: “You need more room for love.” Greater love. No room for fear.

'We are cherubim.' I felt a cascade of space and stars and feathers and peace pouring over me, down my back. Another dimension of experience opened. #ninespath Click To Tweet

What’s been working on my mind recently is how to come to grips with what I’m doing as a liaison for the League of Light, as a steward of their mission here. You may be familiar with the work I’ve presented here from the Pleiadian Renegades or other Pleiadians: Anica, Asket, named and nameless others among the League of Light. However, you may not know that I have had a hefty amount of interaction with angels, as well. From the beginning of my days of interdimensional contact, angels have spoken and otherwise made their presence known. Most recently, Michael has been stationed at my side. I don’t talk too much about this so as not to cause confusion. In fact, though, the confusion had been building within me about bringing all that I do into balance in a way that’s of service to the great love that the League of Light refracts through their teachings… in a way that’s of greatest service to you, reading these words here, now.

Enter cherubim. Out comes fear, beating a path in haste to escape, lest they get trampled. 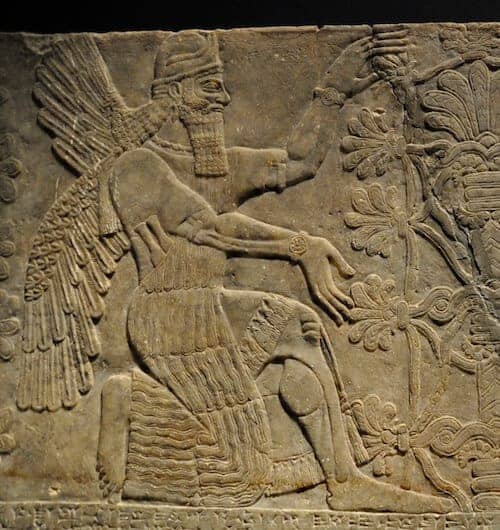 Before I go any further, please understand I’m not referring to cute little cherubs. That’s a later variation on a theme, a splicing of Greek and Roman mythos onto a different phenomenology.

Cherubim are replete in Jewish, Christian, and Islamic literature, and can be traced back to ancient Mesopotamian figures carved into walls and stories. In essence, they are of the ninth level of angelic nature, though there is some variation in certain traditions. What is agreed upon is that they are ranked generally as high as Thrones and Seraphim. They are enormous. They are sometimes depicted as beastly in appearance, with four faces and four wings and hooves instead of feet. They are so resplendent in light that the countenance of a single one could light the whole world as bright as day. And so on.

So there’s an element of awe built into the experience, but also of immense, overwhelming calmness. I felt what to me was feathery wings stroking my back. The presence of power is unmistakable in that state, and it is, in the most literal sense of the word, awesome.

There’s still plenty in my notebooks to be sharing here on Nine’s Path. A lot of what’s written on the pages is personal guidance for me on my path. However, recently, I’ve been receiving some rather long messages meant for public distribution, such as Anica’s aforementioned piece on dark shadows. Next to be typed up is one that to this point has been transmitted anonymously, in a curious handwriting similar to Archangel Michael’s but with a different energetic character. Last night’s encounter made it pretty clear what the source of this new message is: Cherubim. (Edit: You can find the angelic transmissions in the collection Higher Orders, on Nine’s Path.)

I’ll be putting that message online as soon as I can, which means as soon as things are arranged here for that to happen. Keep an eye on this space (subscribe below) for that to make its appearance. In an ever-changing space, the mission is gearing up. Change is upon us, awesomeness too, and that leaves no room for fear. When fear comes, give it a wide berth, a blessing for the space it’s cleared up for you, and send it on its way. Back home to Nemesis. Back home.

Read channeled messages from the League of Light