Let’s take a look at the Gordian knot through the lens of Nine.

There’s a picture going around the Internet lately, of a hopeless-looking tangle of a knot. I’ve seen it in a couple of places, in various settings of tone and philosophical bent. Seeing it triggered some thought for what we are collectively dealing with, what we have been dealing with for longer than we can remember.

We have the ability, as extensions of creative beingness, to fashion reality as we like using the numbers of creation (these are outlined on the Nine’s Path site, in “Science of Nine”, and more extensively in Opalescence: The Pleiadian Renegade Guide to Divinity). Nine exists within all, among all, and through all of the numbers One through Eight, each of them relative to some particular aspect of reality’s weave. We weave with these numbers, while Nine silently moves as divinity and grace.

An excerpt from the Science of Nine regarding the numbers of creation: OM does not rely on a pocket calculator to determine the nature of Nature, but creates according to the knowingness of I AM. All that is is because I AM exists in everything and is in the essence of everything as divinity itself. I AM is what makes water wet, what makes joy happy, what makes home. I AM is how OM is known. I AM my self alone is a statement of the function of One. A statement of the function of Two would be I AM someone in relation to other than my self. A statement of the function of Three would be I AM of a derivative. Of Four, I AM part of. Of Five, I AM engaged with reality in a particular form. Of Six, I AM in search of Source. Of Seven, I AM within framework of understanding. Of Eight, I AM united with other. Of Nine, I AM. 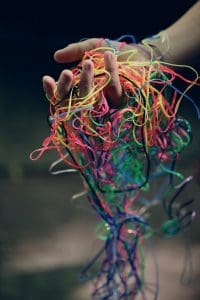 We wrangle with our own power, create our own knots and work them free as we create our own life’s tapestry, but what about when we work collectively? What about those who use their power to fashion realities of confinement, extortion, oppression, enslavement, and the like? Is this truly creative power, or do some twist what has been created, having rejected the divine in favor of the infernal, having cast out Nine in favor of the supremacy of Six? Six, as one of the divine numbers of creation, has its place within the whole, but it cannot take the place of the whole. Rather, it is in perfect relation to all that is within the holon of Nine.

Remember who you are, and that you are yourself a function of Nine. You who create from the genius of your heart and mind attuned to higher consciousness create with Nine fully activated. Nine exists without effort within the creation, as the zero point and the activation. Nine shines from within, casting its essence through all to stimulate the release of opalescent luminosity, alive and dynamic.

So we have this knot, a tangle of history and subjugation of human potential, of purposeful twisting of intent that the awakened have been diligently untangling generation after generation. Now, the thing is becoming known for what it is. We can see the twisted means by which sorcerers of Six have thwarted human endeavor to be and expand into a world of shared intent, free of subjugation, free to create a unified field of play. 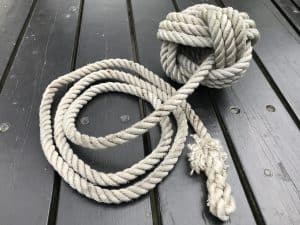 To simply cut it in half with a Gordian swing of the hatchet leaves no space for celebration. Does that not, rather, merely finalize the dichotomic impetus that aims for division and conquest? We have this knot, and we have the means by which to draw it free.

This is the way of Nine. Aim for Nine in intent, and you will find your efforts moving with grace, as the Pleiadian Renegades have said in so many clever ways. Follow the threads without fear. Study where Nine moves unseen through the knot, allowing your awareness to expand to see the full pattern within chaos. Find the zero point and let the whole relax into it, and release. Know that Nemesis, lurking within every torque of every thread, ultimately serves Nine in awakening the mind to its own divine right to be. Time moves with Nemesis, while all merges into the singularity of the transformative moment.

We’re talking about these and other fascinations in the Pleiadian Renegades group on Facebook, exploring and sharing experiences. Join us there. Your presence is welcome!

Also, a note of thanks for all who support this site and the work of the League of Light through me by tipping me coffee here.

Study where Nine moves unseen through the knot, allowing your awareness to expand to see the full pattern within chaos. #ninespath #transformation #lensofnine Click To Tweet

Maryann Rada writes as the interdimensional contact point for a conscious interface known as the League of Light. Find out more at her website, https://maryannrada.com. Visit Nine’s Path (https://ninespath.com) to see her work.

This will grow in significance very soon. “The planetary transformation you are in the midst of will lead you to… https://t.co/ynrYcD1RcF

@BrianRoemmele The top, not to top 🤦‍♀️