With the latest weekly message came a note of some import, regarding a possible upcoming interruption in the usual flow of transmissions from me to you. I’ve posted it here in its entirety:

Having become accustomed to sharing these transmissions on a twice-weekly basis, I can only imagine that you are accustomed to finding them in your inbox, on social media, or on the website like clockwork. The clock is shifting its timecode, however, and I am asked to relay the message that there may be some disruption in the regular transmission schedule. I will post as I can, but the undercurrent of change is putting me on alert for shifts beyond my control. Nothing dire, but a signal that change is happening more insistently. Therefore, look not only to the newsletters and websites, but on social media outlets as well, for updates from this source. I’ll be sharing news and transmissions as I can. The next message from Nine’s Word and Pleiadian Tarot is scheduled for Thursday. I’ll do my best to keep that appointment but if I don’t, keep an eye on the sites (especially on the Facebook group, Pleiadian Renegades). Look for updates on Nine’s Path.

UPDATE: Looks like we’ll be moving to a once-a-week message, posted Mondays. Stay tuned, as things are changing by the minute!

This pretty much says it all. But I’ll add some background.

For as long as I’ve been in contact with the Pleiadians of the League of Light, they have given me the clear indication that I’d be embarking on a mission with them: that involved writing the books and gathering the transmissions on a website, as well as having a presence publicly on social media. The hint has always lingered that once that phase of the mission was complete, I’d be invited to move into another role. That’s about where we are right now. But here’s the thing: There’s very little coordination between their time and our time. So “soon” can mean anything. As many of you well know.

So, here I am, at a point where I’m asked to relay this message to you, and without anything solid to pin it on. Luckily, I’ve been doing this for many years; by now, I’m well used to the idiosyncrasies of the ET sense of time. There’s really little to do but to surrender to it. Which I have, long ago. In faith, I keep going. For you, for the mission, I keep moving forward, step by step, following the lead of these wise ones of other stars and dimensions. Just to give you an idea, they’ve been talking with me since the beginning of this century. Every time the tone has shifted, reality has been in lock-step. The narrative itself has never deviated, only intensified.

I anticipate only being absent for a short while. A matter of a few weeks, but still in contact sporadically. I’ve made arrangements through a trusted surrogate for updates to be posted on the various social media outlets (that’s the Facebook group and page, Twitter, Minds, MeWe, and Parler). If you’re on any of these, you should be able to catch the updates. In the meantime, I’ll still be posting directly. And there’s always the newsletter, too. 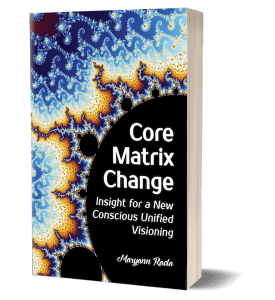 One point aside and very relevant to this is another thing the crew has asked me to do, and that is to draw your attention toward the book Core Matrix Change. This short, elegantly powerful book came into being a few years ago, and was time-released for now. Everything you see playing out on the world stage is there, with the guidance to shift reality within and ripple it out. You can find it on amazon and smashwords, or (my favorite place) at the new ko-fi shop, here.

Now more than ever, I honor your support, presence, and loving network of fearless being.

With the latest weekly message came a note on a possible upcoming interruption in the usual flow of transmissions from me to you. #ninespath #transformation #leagueoflight Click To Tweet